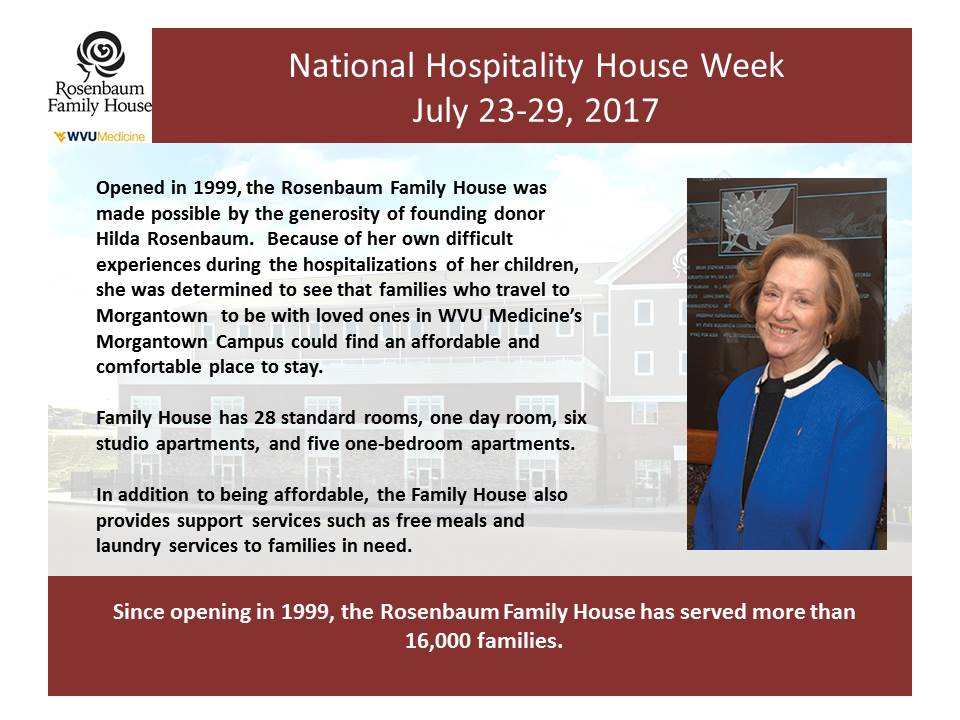 Family House was a dream turned into a reality for Morgantown businesswoman Hilda Rosenbaum. She learned first-hand the hardship of out-of-town hospital stays, which led to her vision of Family House.

More than 40 years ago, Hilda Rosenbaum and her husband lost their daughter, Nancy, at the age of 6 to cystic fibrosis. At that time, WVU Medicine did not exist, so the Rosenbaum’s traveled around the country in search of treatment for their daughter. They spent many nights sleeping on cots or in chairs in her hospital room.

Sadly, shortly after their daughter’s death, the Rosenbaum’s son, Richard, was diagnosed with cystic fibrosis. By then, WVU had built its first hospital and Richard was able to receive care close to home until his death at age 36.

Mrs. Rosenbaum vowed to make a difference for others facing similar medical crises, so she made a financial commitment to help build Family House and we are here today because of that commitment. Her legacy of helping others in need lives on through the Family Hou